A princess with two futures. A destiny all her own

Between her cruel family and the contempt she faces at court, Princess Alyrra has always longed to escape the confines of her royal life. But when she’s betrothed to the powerful prince Kestrin, Alyrra embarks on a journey to his land with little hope for a better future.

When a mysterious and terrifying sorceress robs Alyrra of both her identity and her role as princess, Alyrra seizes the opportunity to start a new life for herself as a goose girl.

But Alyrra soon finds that Kestrin is not what she expected. The more Alyrra learns of this new kingdom, the pain and suffering its people endure, as well as the danger facing Kestrin from the sorceress herself, the more she knows she can’t remain the goose girl forever.

With the fate of the kingdom at stake, Alyrra is caught between two worlds and ultimately must decide who she is, and what she stands for.

Includes The Bone Knife, a bonus short story set in the world of Thorn.

I became very interested in this book when I saw the beautiful cover and learned that it’s a goose girl retelling! I love fairytales and retellings, so I figured this book would be up my alley. It definitely exceeded my expectations! I absolutely felt as though I were living in a fairytale reading this book. I loved the atmosphere and the language and the imagery so much. The author tackles some tough subjects in this book, and I think she did so in a compassionate way.

I adored Alyrra and became very invested in her journey. She’s a Princess who’s poorly treated by her family and her people and betrothed to a Prince in another land. On her journey to the Prince’s homeland, she is robbed of her identity and role as a princess from a mysterious and fearsome sorceress. Alyrra decides to take this opportunity and become a goose girl to escape the palace life. She soon learns that Prince Kestrin and his kingdom aren’t at all what they seem, and she knows she can’t stay a goose girl forever. She must decide who exactly she is and what she believes in.

I think if you like fantasy, fairytales, and retellings you would enjoy this one! I am so excited for Theft of Sunlight, the companion novel that is releasing in March of 2021. I will be doing a buddy read of the e-arc in November.

Intisar Khanani grew up a nomad and world traveler. Born in Wisconsin, she has lived in five different states as well as in Jeddah on the coast of the Red Sea. She currently resides in Cincinnati, Ohio, with her husband and two young daughters. Prior to publishing her novels, Intisar worked as a public health consultant on projects relating to infant mortality and minority health, which was as close as she could get to saving the world. Now she focuses her time on her two passions: raising her family and writing fantasy.

Intisar’s current projects include the re-release of her debut, Thorn, from HarperTeen (2020) and her indie epic fantasy series, The Sunbolt Chronicles.

To find out about new releases, giveaways, and so forth, subscribe to Intisar’s monthly author newsletter. 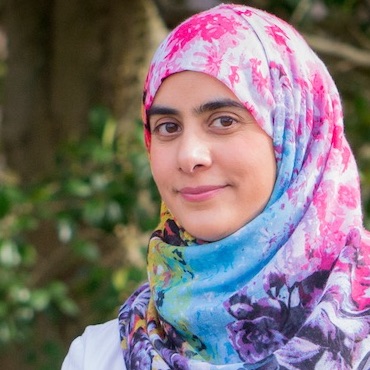