Genre: YA Fantasy, YA Retelling

Shiori, the only princess of Kiata, has a secret. Forbidden magic runs through her veins. Normally she conceals it well, but on the morning of her betrothal ceremony, Shiori loses control. At first, her mistake seems like a stroke of luck, forestalling the wedding she never wanted, but it also catches the attention of Raikama, her stepmother. 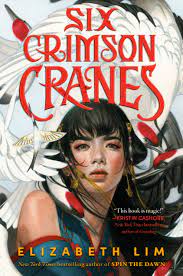 Raikama has dark magic of her own, and she banishes the young princess, turning her brothers into cranes, and warning Shiori that she must speak of it to no one: for with every word that escapes her lips, one of her brothers will die.

Penniless, voiceless, and alone, Shiori searches for her brothers, and, on her journey, uncovers a conspiracy to overtake the throne—a conspiracy more twisted and deceitful, more cunning and complex, than even Raikama’s betrayal. Only Shiori can set the kingdom to rights, but to do so she must place her trust in the very boy she fought so hard not to marry. And she must embrace the magic she’s been taught all her life to contain—no matter what it costs her.

*I received an e-arc from Netgalley in exchange for an honest review.*

If you love fairytales and retellings, you will love this book! It’s a retelling of The Wild Swans by Hans Christian Anderson, and it was fantastic. It is steeped in beautiful folklore and Asian culture. Elizabeth Lim has now become an auto-buy author for me.

Shiori is the only princess of Kiata, with six brothers, so she has been quite used to getting her way around the palace. She has a secret, however. Shiori has magic, which is expressly forbidden in the kingdom. She is usually able to hide it well, but on the morning of her betrothal ceremony, she loses control. At first it seems like it may be a good thing, as it postpones the wedding she didn’t want, but it attracts notice from her stepmother, Raikama.

Raikama has dark magic, and banishes the princess and turns her six brothers into cranes. She warns Shiori that one word must not escape her lips, for every word she speaks will kill one of her brothers.

Shiori finds herself far from home, alone, unable to speak, and without any money as she begins to search for her brothers. On her journey, she discovers a conspiracy to overtake her father’s throne. She is the only one that can fix things, but to do that, she must put her trust in the boy she never wanted to marry. She must also accept her magic and use it, after being told to contain it her whole life, no matter what it costs her.

This is a story about family, friendship, and self-discovery that takes you on an unforgettable adventure. I am so excited to find out what happens in the next installment!

Elizabeth Lim grew up on a hearty staple of fairy tales, myths, and songs. Her passion for storytelling began around age 10, when she started writing fanfics for Sailor Moon, Sweet Valley, and Star Wars, and posted them online to discover, “Wow, people actually read my stuff. And that’s kinda cool!” But after one of her teachers told her she had “too much voice” in her essays, Elizabeth took a break from creative writing to focus on not flunking English. 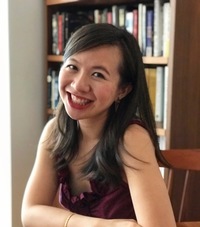 Over the years, Elizabeth became a film and video game composer, and even went so far as to get a doctorate in music composition. But she always missed writing, and turned to penning stories when she needed a breather from grad school. One day, she decided to write and finish a novel — for kicks, at first, then things became serious — and she hasn’t looked back since.

Elizabeth loves classic film scores, books with a good romance, food (she currently has a soft spot for arepas and Ethiopian food), the color turquoise, overcast skies, English muffins, cycling, and baking. She lives in New York City with her husband.