A rural island community steeped in the mystical superstitions of its founders and haunted by an unsolved murder is upended by the return of the suspected killer in this deeply atmospheric novel. 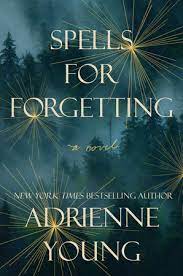 Emery Blackwood’s life was forever changed on the eve of her high school graduation, when the love of her life, August Salt, was accused of murdering her best friend, Lily. Now, she is doing what her teenage self swore she never would: living a quiet existence among the community that fractured her world in two. She’d once longed to run away with August, eager to escape the misty, remote shores of Saiorse Island and chase new dreams; now, she maintains her late mother’s tea shop and cares for her ailing father. But just as the island, rooted in folklore and tradition, begins to show signs of strange happenings, August returns for the first time in fourteen years and unearths the past that no one wants to remember.

August Salt knows he is not welcome on Saiorse, not after the night that changed everything. As a fire raged on at the Salt family orchard, Lily Morgan was found dead in the dark woods, shaking the bedrock of their tight-knit community and branding August a murderer. When he returns to bury his mother’s ashes, he must confront the people who turned their backs on him and face the one wound from the past that has never healed—Emery. But the town has more than one reason to want August gone, and the emergence of deep betrayals and hidden promises that span generations threatens to reveal the truth behind Lily’s death once and for all.

Evocative and compelling, Spells for Forgetting is a vivid exploration of lost love and the unraveling of a small town and its many secrets.

*I received an e-arc from the publisher via Netgalley in exchange for an honest review. Thank you Delacorte and Netgalley for the opportunity!*

All I can say is WOW, Spells for Forgetting is sure to put a spell on you! Young’s adult debut novel is a hauntingly alluring read, that had me reading well past my bedtime. Releasing on September 27, 2022, this is the perfect read for fall and spooky season.

The rural island community of Saiorse is suffuse with the mystical superstitions of its founders and haunted by the unsolved murder of one of its own. The return of the suspected killer overwhelms the community completely.

Emery Blackwood’s life was never the same after the love of her life, August Salt is accused of murdering her best friend, Lily on the eve of her high school graduation. Now, she is doing what she swore as a teen she would never do: living a quiet life among the community that completely ripped her world apart. She had once thought that her and August would leave the island together, instead she is running her late mother’s tea shop and caring for her ailing father. Just as the island begins to show signs of strange happenings, August returns to the island after fourteen long years. The past is brought up that no one wants to remember.

August Salt knows that he is not welcome on the island, not after that night that changed everything. As a fire raged in the Salt family orchard, the body of Lily Morgan was found, the community was totally shaken, and August became the main murder suspect. When he returns to bury his mother’s ashes, he must confront his past and all those that turned their backs on him. He also must face Emery, the one wound that would never heal. But the town has more than one reason for not wanting August home, and long buried secrets and betrayals he never could have imagined will be revealed.

A deeply compelling read that you won’t want to miss, abounding with witches, magic, lost love, and plenty of mystery. I highly, highly recommend this one!

Adrienne Young is the New York Times, USA Today, and Indie list bestselling author of the Sky in the Deep duology, the Fable series, and the forthcoming Spells for Forgetting and Saint. Her books have been published in over twenty-five countries around the world and Fable had the honor of being selected as a Reese’s Bookclub YA Pick. 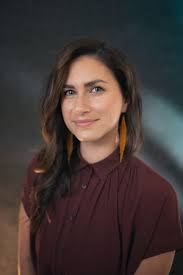 Young is also the creator of the continuously sold out Writing With the Soul Workshop and numerous initiatives to support women and youth storytellers, including the Fable Grant. Her first nonfiction project is the soon to be released The Storytellers Workbook, in collaboration with artist and author Isabel Ibañez.

When she’s not writing, you can find Adrienne on her yoga mat, on a walk in the woods, or planning her next travel adventure. She lives and writes in the Blue Ridge Mountains of North Carolina.

For information on release, appearances, ARCs, giveaways, and exclusive content, sign up for the newsletter at https://adrienneyoungbooks.com/

5 thoughts on “Spells for Forgetting: Review”